The first district battery in Oud-Heverlee demonstrates that energy storage at district level to eliminate generation peaks and unburden the electricity grid, can evolve into an innovative and collective district project.

The district around Ophemstraat in Oud-Heverlee has really focused on renewable energy in recent years. The success of solar panels, the introduction of electric cars and a quarter of the residents who heat their homes using electricity via a water pump are living proof of these efforts. However, the interventions regularly overloaded the outdated electricity grid. In recent years, residents of Ophemstraat in Oud-Heverlee have regularly experienced burnt out coffee machines or washing machine circuit boards. The electricity grid, dating from 1970, which supplied several farms at the time, simply cannot cope with the influx of electric cars and solar panels. If the voltage in the grid diverges too much during peak times, electrical appliances are fried and a safeguard is triggered, which causes solar panels to fail. So, Th!nk E, an SME specialising in energy technology, installed the first district battery in Flanders, with the financial support of the European Commission. The battery has the storage capacity to supply nine families with power for a day. If a lot of solar power is generated during the day the battery stores the power so it can be used when people come home from work, plug in their electric car and start cooking. A (district) battery provides greater flexibility, which is important since the capricious generation profile of renewable energy does not correspond to the consumption of electricity. The district battery forms a buffer for electrical power in the neighbourhood.

The district battery in Oud-Heverlee was made possible thanks to European subsidies. At the moment it is extremely difficult to link an autonomous profitable earnings model to the use of district batteries. Since the battery is considered a standard offtake point, the same grid tariffs are paid, with a different offtake and injection tariff. The latter depends on what the electricity supplier wants to pay for it. Services the battery provides to the grid, such as preventing overloading, are not compensated yet. This means that it still costs more to use power from the battery than if electricity is fed back into the grid. In addition, replacing electric cables is still cheaper than installing a battery. In the future, new legislation will facilitate the use of district batteries on a broader scale and for multiple purposes.

articleWithout a battery, the district can no longer cope with the solar panels
A legislative framework and a way in which the use of a district battery can be economically profitable are being sought, together with the distribution network operator, the municipality, the province, the energy regulator VREG, the Flemish Government and other parties involved.

photo: Tobe Steel. De Tijd, 2020
tijd.be
articleHorizon 2020 STORY
The pilot project of the Oud-Heverlee district battery fits into a broader European programme of learning from each other (and from each other's mistakes). 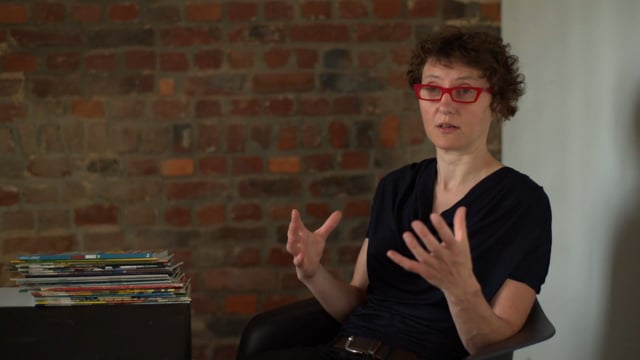 photo: STORY (LOPTA FILM), 2018
articleA month off the power grid? To us it’s a piece of cake
The district battery is built to ensure that the electricity grid is not overloaded, and enables users to consume electricity independently of the grid for long periods of time.

photo: Gil Meulemans. ROB TV, 2020
robtv.be
imageDistrict battery Oud - Heverlee
The district battery in Oud-Heverlee prevents the outdated electricity grid from becoming overloaded. This ensures that the energy generated is stored collectively so that it can be used at any time.